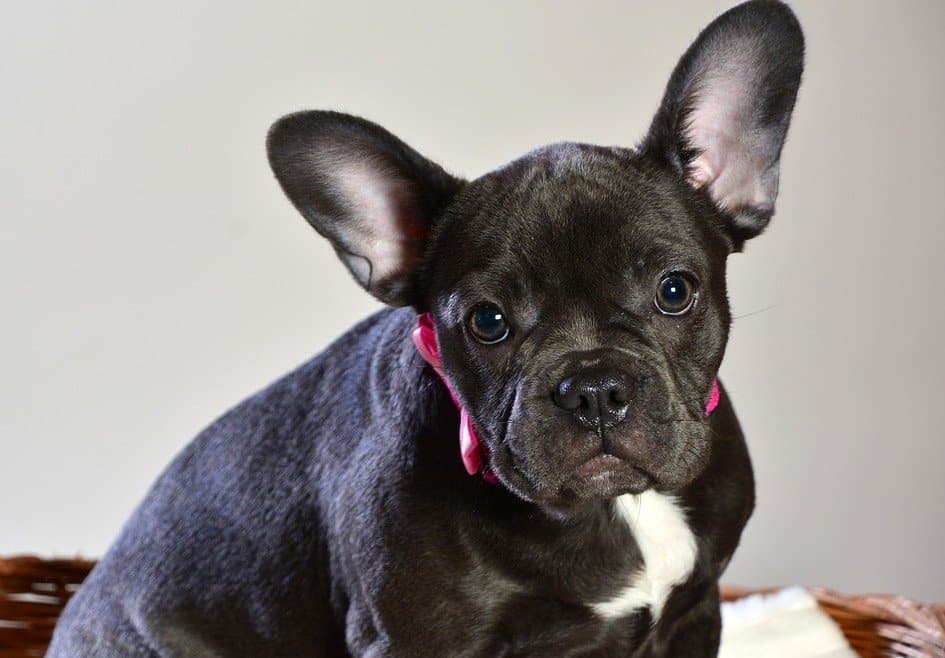 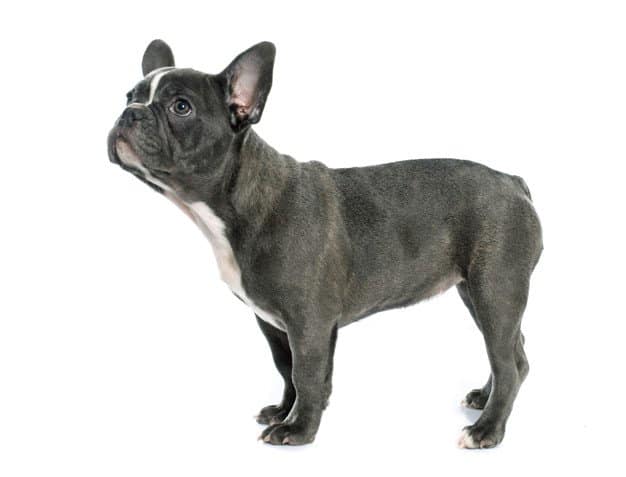 The origin of a blue French bulldog

Should we know about the
history of French bulldogs first? YES.

Despite the French
element in the name, Frenchies are not actually from France, but England is where the story began. 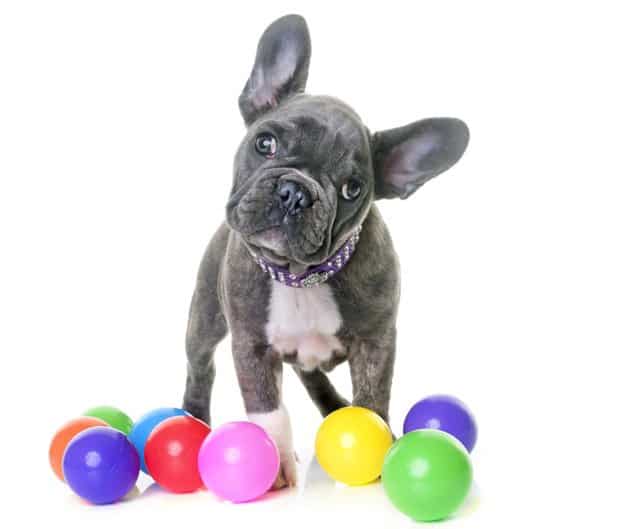 There were lacemakers in
Nottingham during 1800s tended to downside bulldogs and made them fitter for
small homes. It was the industrial revolution drew a large percentage of these
lacemakers and their dogs to France.

In the new land, the
dogs again got crossed with a range of other dogs giving them the look we all
discern today.

Blue Frenchies are not
recognized worldwide by any dog breeder association. Although this genetic
variant is rare, it’s considered a “fad color” by the French Bulldog Club of
America.

People believe the rare
gene that got diluted affecting the coat color is recessive thus is not
encourage to continuously breeding although there is no proof for this
exception to be related to the health issue.

However, irresponsible
breeding does bring negative impacts in defiance of integrity because the
disqualification gets these dogs advertised at high figures.

That said, if you are
thinking of getting a blue Frenchie, look for a reputable breeder that knows
and loves French bulldogs at heart. Don’t just select color over health and
bring home a poor little sick bullpup.

The appearance of Blue French bulldogs

Whatever comes to
debate, it’s hard to deny the uniqueness of a blue French pup. If we exclude the exceptional coat color, a blue Frenchie has all the characteristic any French bulldog has.

They have a small but robust build that weighs about 28 lbs and stands from 11 to 15 inch tall. Other than that, their erected bat-like ears and a short muzzle are similar to all dogs of this breed.

Taking care of a blue Frenchie

A pleasant release when
having a French bulldog is that they don’t leave too much hair on your couch
but spare the shortness of the coat, Frenchies shed at a minimal rate. Thus,
the dogs demand some brushings, occasionally.

Although Frenchies rank
high in the list of low-maintenance dogs, keeping them clean is not a pie. It’s
a matter of keeping the dog’s coat shiny and silky. 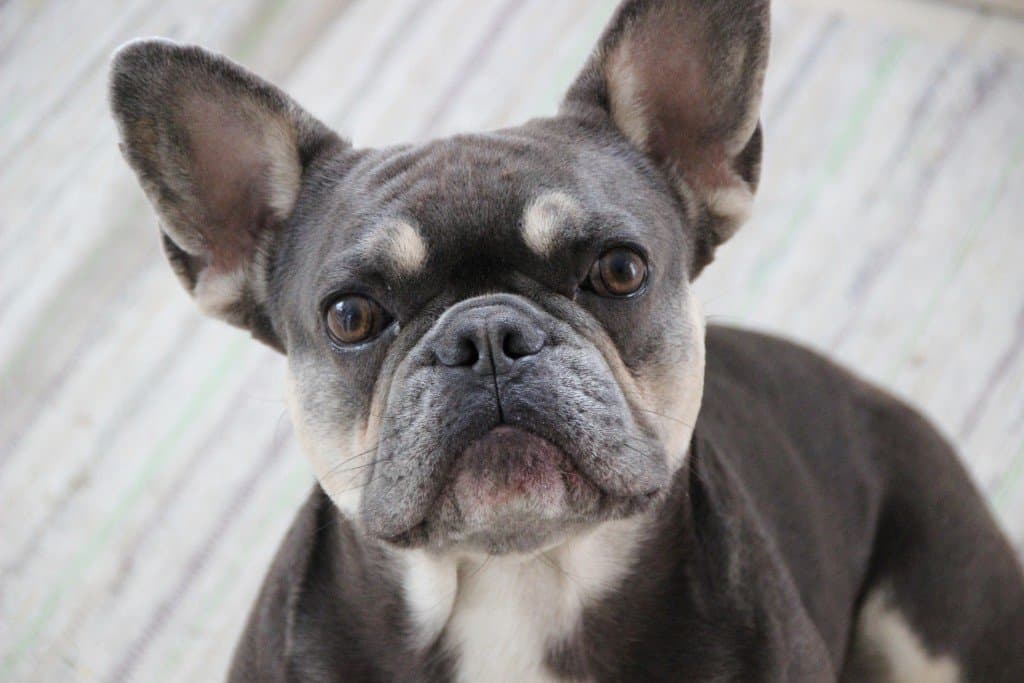 The general rule says
you should bathe your dog often at least once a month. It can be once every two
months if your pup is good clean boy.

It is best to use
hypoallergenic shampoo if your Frenchie has sensitive skin and let him rinse
thoroughly after every shower. Since the open ears of Frenchies can catch a
vastness of debris, make sure you check them out and ensure they don’t emit any
bad smell.

Trimming nails is an
important part of grooming. Suggestions say you should clip the nails once
every month.

The protruding eyes are
sensitive is no secret. It’s your duty to keep this area on the face clean as
well as places on the wrinkles and nose as those are vulnerable to the growth
of red yeast.

You may want to equip a
particular toothbrush to brush your dog’s teeth sometimes to prevent the
formation of tartar. Don’t use the human toothpaste for your dog because it
contains fluoride that is toxic to bulldogs.

Blue Frenchies are not
off the line of intelligent and playful dogs. Their adaptable natures are the
great gifts making them a fast-learning breed.

Training a blue French
pup, you will appreciate the work of a teacher. They have the distinctive
stubbornness that will demand a dedicated time from you.

But they are food
cravers though. That means food-based training works as well as some low-energy
tricks. Try not to work on cues and commands that don’t suit their low-profile
builds.

Like any French bulldog
in the world, a blue Frenchie is not a jogging buddy. That refers to their
tuck-in muzzle, which gives them difficulty in breathing.

The trait hence marks
them as lazy dogs as much as they should be. But not like a kitten, blue
Frenchies are always up for playtime, and of course, delicious treats.

One of the most
important notes is to never leave your blue French bulldog near ponds, lakes,
and pools. They are not at all swimmers due to their short legs and
brachycephalic face shape. That is why most Frenchies are not prone to play
around water. If yours does, make sure you make the dog wear a life vest.

It’s probably due to the
recessive gene that makes the coat blue the culprit of the dogs being weak to
several allergies. But that applies to French bulldogs of any color.

The most common problems
about health include skinfold dermatitis, diarrhea, conjunctivitis (pink eye),
ear infections, and long nails. The obstructed airways of the narrow nostrils
are unable to suffice air to lungs leading to some major health problems.

A pure blue French
bulldog can expose to the harm of alopecia developed at their mature state.
Alopecia leaves infection on the blue areas causing hair loss and itchiness.

A blue Frenchie is not
there to be ignored. The dogs, like any dog, want your love, at all time. This
is for you to consider if you don’t have time to spend for a pet acknowledging
that a blue Frenchie demands a lot of attention.

Many say that Frenchies
will act out if they recognize your love is toward another pet in the house,
even children. They don’t like the fact that you have to spare time for, say
another “species.” Though it’s not hard to teach your dog to share the house
and love, making everyone happy is still a heavy duty at first.

We can’t ignore the fact that Frenchies are expensive, the breed with an exclusive blue uniform even costs more than many can afford.

So, if you are thinking of having a blue Frenchie around your house, we are professional breeders at French bulldog in NYC is more than happy to give you advice.

Don’t seek budget breeders as buying from them will encourage the proliferation of false crossing, making suffering dogs.

In any scenario, always keep your Frenchie healthy and happy. And no matter the color it is, your love and the loyalty of your French bull companion are the most valuable things in the world. So, spend wisely and love with the heart. 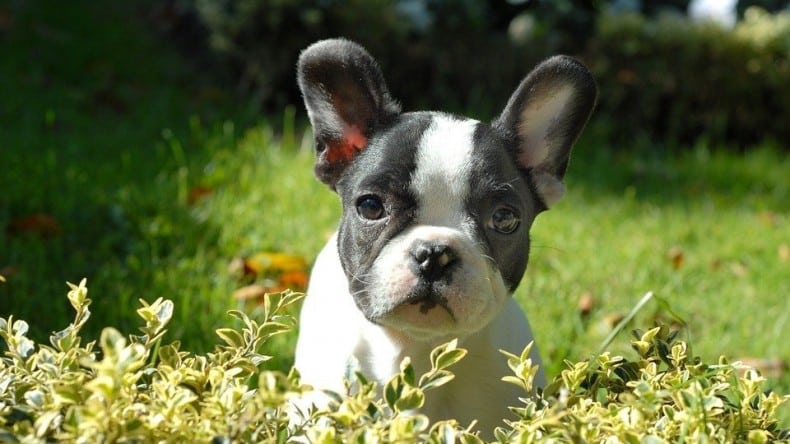