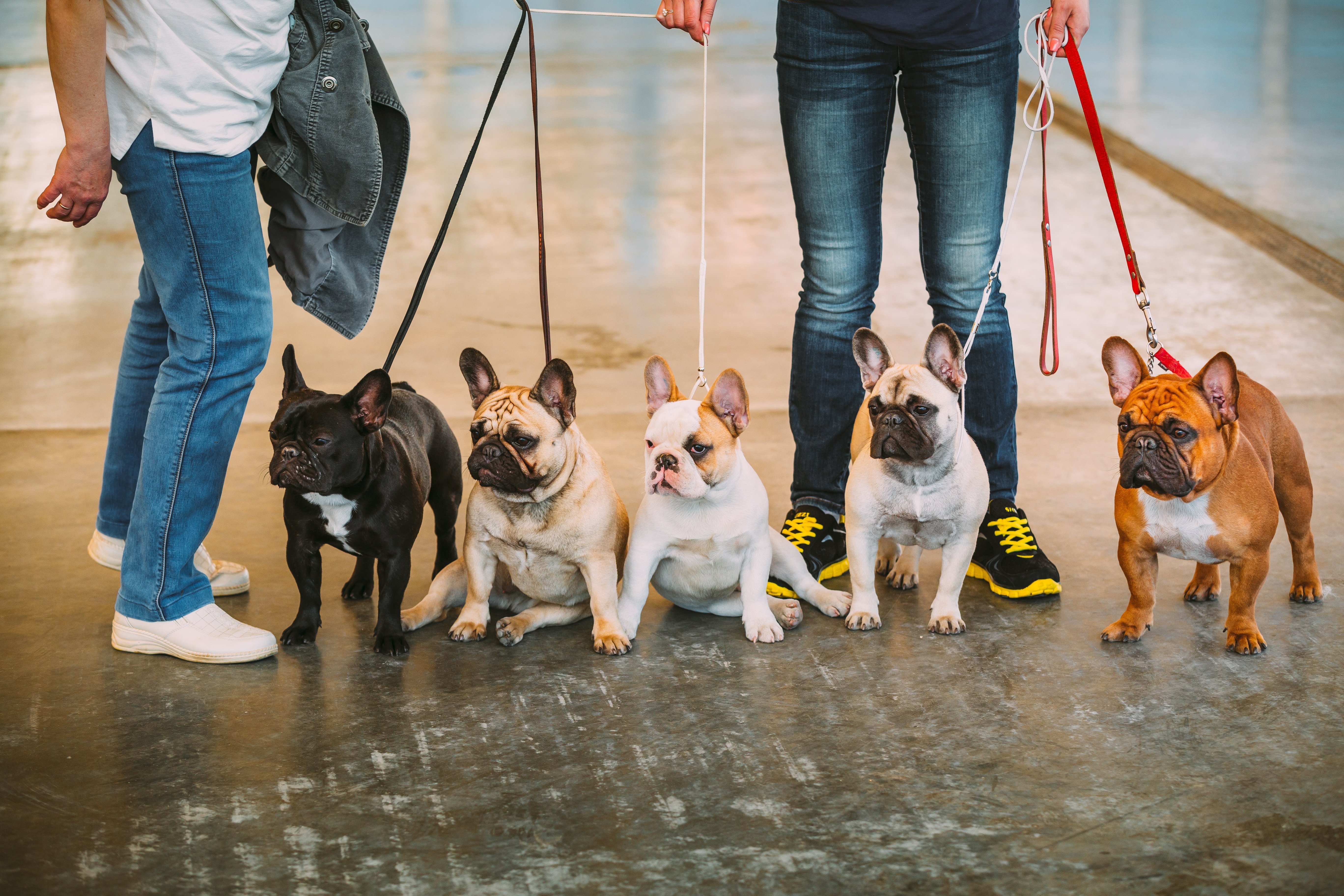 I get so many questions about French Bulldog colors on a daily basis. I’ve scrolled online trying to find an article that covers all the French Bulldog Colors and show it to my customers as an example, but nothing  extensive popped up, so I decided it’s time to write my own.

I will try to keep it as simple as possible as well as cover some basic questions regarding pricing. Keep in mind that the prices vary based on color, bloodlines and breeding rights. It will cost you more to get a specific dog with a full AKC registration, than getting it just as a family pet.

In 1897, the only original breed standard was considered brindle. After the 1911 standard revision they approved additional standard colors and patterns like fawn, cream, piebald,.. To this day any deviation from the standard equals disqualification. The standard  French Bulldog colors are the only ones allowed to compete in the ring.

If you are trying to invest into a standard colored French Bulldog – as a pet only, you will usually be looking at prices between 2,000-2,500$. However a standard color price can still go up to 5,000 – 6,000$ if bought from a breeder with champion bloodlines and amazing quality French Bulldogs.

Many light fawn French Bulldog are mistaken for a cream. However the DNA of a true cream is different than the one of the light fawn.

The fawn French Bulldog colors come in different shades, from a very light, almost cream looking ones, to a deep red fawn. They can have a mask, like the one pictured above, or be maskless.

Exotic Color and Patterns in the French Bulldog breed are the one that aren’t approved by the AKC and can’t participate in the ring. They can still be AKC registered and are 100% French Bulldogs, but unfortunately can’t compete due to their coat color being an instant disqualification.

The beautiful blue (gray) French Bulldog color is a results of a dilution gene. The dilution gene affects eumelanin (liver and black coats), in some instances, the red coat as well. When a dog has two copies of the d allele (dd), a black dog will become blue. The coat range is wide – from very light gray to almost black, but even in that case it can be visible that the dog is dd, by looking at the color shade of his nose.

The blue French Bulldog color is in the rare or exotic color price range. It will cost you between 3500-4000 $ to get a blue canine companion.

All of the coat colors can come in a variation with a pattern (piebald, brindle, merle) + a different color. The puppy picture above is a Blue Pied.

These rare beauties are a result of their parents blue and chocolate DNA. The same dilution gene that causes a black dog to become blue (like mentioned above), causes a chocolate/liver dog to become a lilac (Isabella). A lilac French Bulldog dog will have the genotype bbdd (homozygous for liver, homozygous for dilution). Isabella dogs are usually very light blue, almost silver looking, with light eyes and pinkish tint on their muzzle. Due to their unique appearance they run in the higher price range of 4000-6000$. 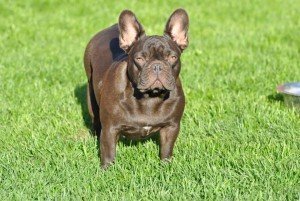 In the chocolate color case, the dilution of the black color happen on the B locus. It is recessive, so b is liver and B is non-liver, and in order for a dog to be liver it must have the genotype bb.

The merle gene creates mottled patches of color in a solid or piebald coat,  and it can affect skin pigment as well. This pattern is very controversial in the French Bulldog community since it can cause severe health issues, if two merles are bred together. A merle should only be bred to a dog with a solid coat color. The merle gene itself, does not cause any health issues.

Merle dogs will usually have bright blue eyes, or odd looking eyes (heterochromia iridum). Heterochromia Iridum is a difference in coloration of the iris. Merle French Bulldog colors are rare and of course in the higher price range. 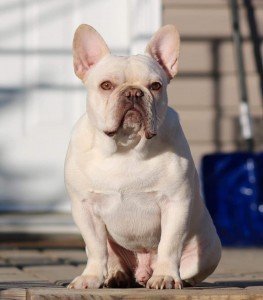 An exotic color covered in cream, is what it’s called a Platinum. Their coat color is cream, but you can see signs of dilution by looking at their nose, eyes and paw pads. 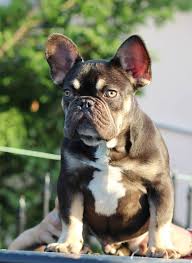 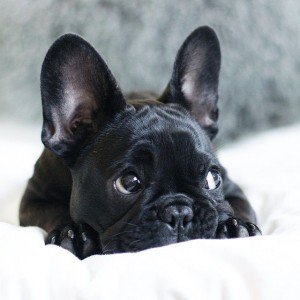