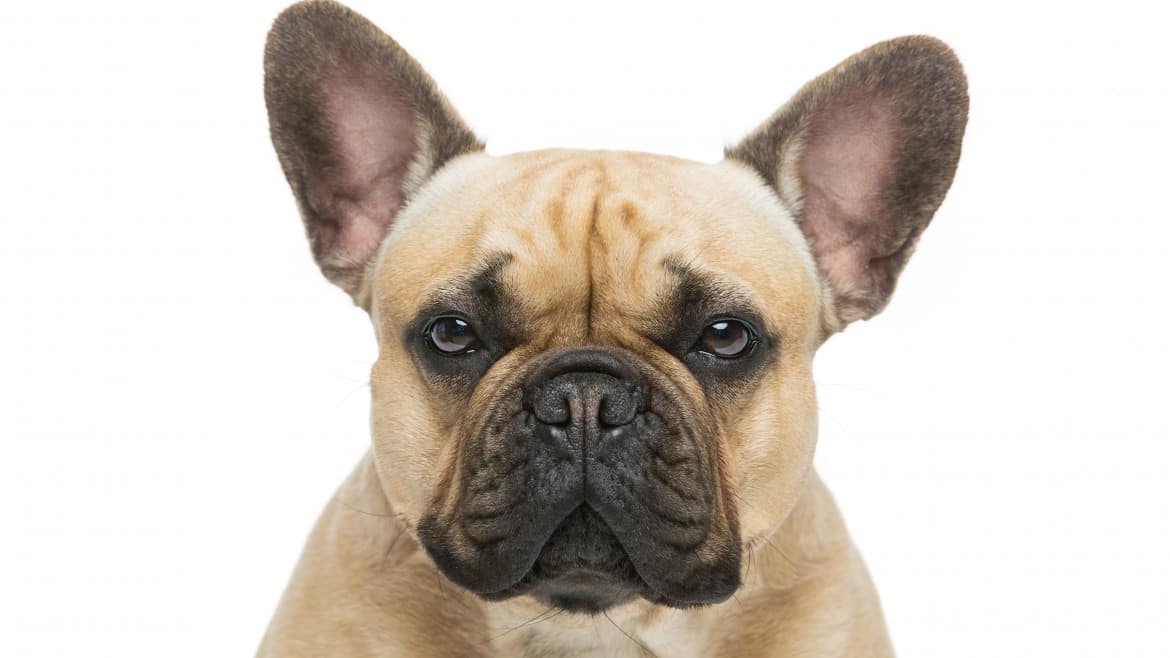 As French bulldogs are at high risk of being stolen and the French bulldog theft has been on the increase, it’s time to take immediate precaution measures.

Lovely and charming, the French bulldog breed has ranked in the list of top desirable dogs around the world. At the same time, they are susceptible to  french bulldog theft with the number of cases rising each day. It is a heartbreaking and unacceptable truth for those sparing great love for their pets.

It’s highly relevant to be alert to this trendy crime and acquire the knowledge of necessary prevention measures so that you can keep your furry friend safe.

How Much Are French Bulldog Puppies?

The type of stolen dogs is indicative of their outstanding value for resale and breeding. You can expect to pay between $1,500 to $8,000 for a French bulldog puppy while $3,000 would be the average cost. It varies according to their markings and colors, such as cream, fawn, brindle, blue, lilac, etc..

For example the chocolate, merle or grey French bulldog sells more than common colored ones like pied, fawn, or brindle. Especially the cost of a blue puppy ranks the highest given its rareness and desire. 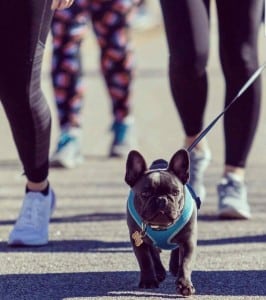 Their expensive price tag boils down to the high expense of raising this breed. That figure tends to increase if the dog has an outstanding breeding history. Due to their slim hips, the reproduction process asks for artificial insemination and c-sections instead of natural delivery. It is more costly than regular breeding expenses such as incidentals, prenatal care, and puppy vaccinations.

A cheaper choice is adopting a French bulldog from a shelter or rescue organization. The fee ranges from $350 to $550, covering registrations and vaccinations. However, you can’t be sure whether your animal is purebred or not.

Don’t go for the lowest price available. Without selective breeding and genetic testing, the dog runs higher risks of catching various health issues, including respiratory problems. Some may look cute and energetic in online pictures but turn out to suffer from underlying body misfunctions. You can end up investing a much more amount of money during the pet’s lifespan than choosing a good one right from the start. The saying “You get what you pay for” is precisely applicable in this situation.

Given their popularity and the prohibitive purchase cost, the French bulldog may fall into the sight of potential thieves. According to the 2017 data, there were about 2000 dogs reported missing in the UK and such breed ranked third in the top of most likely stolen dog ones.

The UK witnessed a 33% rise in the number of reported dog thefts from 1333 in 2014 to 1797 in 2015. The same situation happened in the US, Canada, and Australia. Once the market for stolen pets continues growing, the dog taking crime will never stop.

In the meantime, there are just a few arrests related to dog thefts while penalties are too lenient to deter potential thefts from conducting crimes. For example, a fine or community service are minimum sentences.

Thefts know how to take advantage of opportunities and weak spots to commit crimes. French bulldogs are most likely to be taken if left unattended in cars, gardens or outside shops. There’re more and more canines stolen from unconscious pet owners while going or a walk or during break-ins. Dog theft is growing more organized, paving the way for big business.

Thieves are using more sophisticated tactics to steal dogs, even threatening owners with weapons instead of doing in secret. Recently, about three men grabbed eight Pedigree French bulldog puppies after scaring a pregnant woman with her three children with a knife in Stretford, Greater Manchester at night. All puppies were newly-born and couldn’t stay away from their mum for a long time. In the end, only two of them came home alive and kicking while others died. The identity of offenders hasn’t come to light yet.

Pet stores are also the main target of theft. The Frenchie breed is small, especially teacup French bulldog puppies, so they are easy to be taken. All of them were micro-chipped and registered. In some cases, offenders use fake credit cards to make purchases with the store. Therefore, watch out if dogs are on sale at a too reasonable price.

There’re some steps you can take to minimize chances of theft and keep your furry friend safe.

Microchipping pets is an excellent way to supervise them around the clock and identify their owners. This practice has even become a law in the UK. Although you can’t rest assured that your French bulldog won’t go missing, the police can trace his ownership back to you once they find him.

Besides, it’s necessary to put a collar with ID tags on the dog. Such evidence can shy opportunistic thefts away while a lack of collar indicates stray or wild dogs. The fast development of technology has resulted in the availability of various pet tracking devices. Though a little bit bulky when attached to dog collars, they link with a phone app, informing owners about their dogs’ locations at will.

You should also take a clear picture of your lovely companion for fear that he gets lost. The image needs to follow the range of head-on and reveal his hair color and distinctive markings so that you can post notifications with detailed descriptions about your missing pet.

Various French bulldog websites and media groups involve active communities who can recognize alien Frenchies in their neighborhood or someone recently raising a new dog. Remember to update your photo album regularly as he will change his appearance over time.

How to Be More Consciously Safe When Walking Your Puppy

When walking your puppy

When you let him run freely, only if he has good recall, keep him in sight. Immediately recall and poop him back on the lead if you detect any abnormality.

Otherwise, never let him off the lead in the open air if his recall is poor. Be careful to tell strangers about your pet.

It’s normal for pet owners to exchange the experience of raising dogs. French bulldog lovers want to stop and pet these dogs if they come across on the way. This action is normal, but stay alert to overly personal or intrusive questions like the pedigree, neuter or spay status, the price, and so on as these could be a sign of an impending french bulldog theft.

If possible, go for a walk in groups with your neighbors and friends so that all of you can promptly report any suspicious activity.

Given the time and place for a walk, don’t stick to one specific route and schedule. Try to change your routine frequently so that outsiders can’t even have a single chance to map the movements of your dog.

When letting your puppy outside

Enhance the security of your house with door locks and good windows. Refrain from leaving your pet unattended outside, for example, in the yard or garden even for just a short moment. Lockable dog crates can be a feasible solution if you plan to leave him outside in the car. However, it doesn’t work for a long time. Never trust any stranger to keep an eye on hem even for a minute.

If you leave your Frenchie outside your house, don’t forget to fence the garden or yard securely so that he won’t escape and passers-by can’t go inside secretly, either. Make sure that no one can reach over the wall and bring your dog away. A doorway or a gate helps to alert you once there is a break-in.

Always stay within the sight and earshot of your puppy when he’s playing on his own in the garden. Some thieves can disguise in the look of dog sitters, dog groomers or people working in dog-related services so check their profile carefully before letting them gain your trust and approach the pet.

If you breed dogs for sale, keep in mind that thieves may target at ads for selling puppies. Check the information of all puppy buyers carefully for fear that they are thieves in disguise. Pay attention to strange questions, or someone asks too many details about your house and security. The police are available to receive and process suspicious interactions or inquiries related to the French bulldog theft so call them if you detect any.

Another way to protect your furry friend is to get him neutered or spayed unless you use him for breeding. This will make culprits less interested in stealing him.

The French bulldog makes desirable companions of human beings with lots of cuddles and love. At the same time, they are in the top 5 targets of canine theft criminals.

Therefore, it makes much sense that you know necessary precaution measures to curb the increase of French bulldog theft.

Please join us to save this adorable breed from theft and illegal trade.. 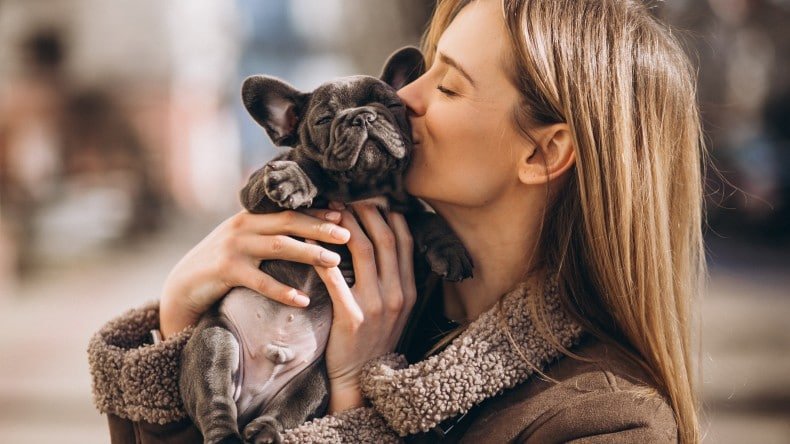 Goods And Bads About French Bulldogs: Facts Can Take Your Breath Away

Interesting Frenchie Facts That Every Pet Owner Should Know