We are a family and friends based Frenchie Bulldog breeder licensed in New York as well as North Carolina. Allow me a moment to explain what I mean about the de-centralized kennel and what the name "Ethical Frenchie" really means. 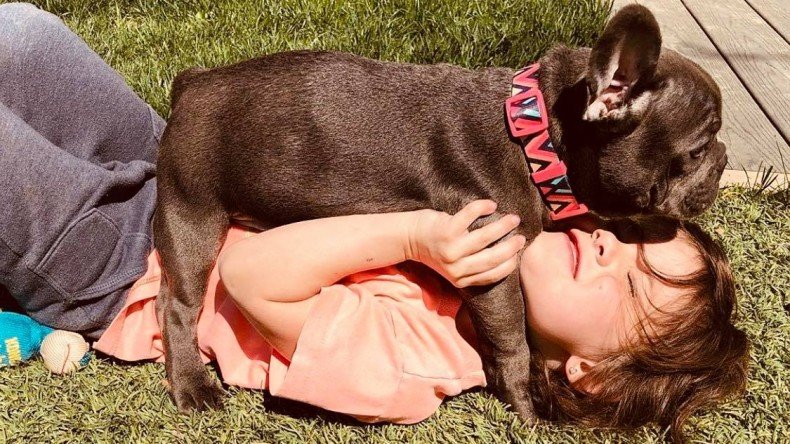 Ethical Frenchie started in 2016 as a hobby French Bulldog breeder in New York.  When I first thought about expanding our breeding program my immediate setback was that I don’t have a sprawling farm or acres of land,  but I also felt like i shouldn’t need one. In this environment of ever increasing hype and demand for “All Things Frenchie” I decided to take a step back and think.

Most of us want to know where our cars are made, where our food comes from, whether something we invest in is “Made in the US” or not.. and some of us don’t care.

I come from a big family of 10 children, so I decided to use all of my immediate family members spaces. There are definitely some perks that come with living in North Carolina, like spacious houses and backyards. I gave my brother a frenchie, and stated “She is officially yours after the first litter” (It was a puppy).

I made an agreement with each family member and friend that i gave a puppy to, that after this puppy grows up and has one litter, he would keep the birthing mother and one puppy, while Ethical Frenchie would place the other puppies in their forever homes.  I called it the De-Centralized Kennel.

Shortly afterwards, I gave my sister a female french bulldog, then another brother, and another sister. This way each of the “moms” grow up as family members, in homes with children and other pets. Not in cages. That way the dam can develop into a stable adult that will care for her puppies and play a big role in the socialization process.

This way, I could scale Ethical Frenchie infinitely (There’s no limit to the number of people i can place a frenchie with). And once every few months, there’s a litter. No large farms, no puppy mills, no dogs deprived of socialization. Just a bunch of siblings and friends to keep up with and all of their associated veterinary bills. This is the decentralized kennel concept that I had in mind, and deployed.

What makes us an Ethical French Bulldog Breeder ?

This de-centralized model that I came up with worked out so well, that I registered the business, with the state of North Carolina (Where i’m from), New York (Where I live) and with the USDA and the IRS..etc.etc.

It would certainly be easier to keep everything “under the table”, however that wouldn’t protect the prospective new household considering adding a puppy to their lives. Also with doing things the right way, instead of taking shortcuts, there would would be limited transparency.

I don’t participate in the Westminster or AKC Dog shows, but I do provide full DNA Panels to our adopters demonstrating that they are receiving the puppy they are pursuing. As an Ethical French Bulldog breeder my priority is making sure the puppy is as healthy as possible, and that of course includes genetic testing.

Just a couple years ago I stepped into the arena competing against family dynasties and French Bulldog Breeders that have been breeding for 50+ years and have 3 year wait lists for a puppy. Its tough .. but I know the only way I could possibly succeed is by being as transparent  as possible with every customer, providing best homes and care for our French Bulldog females, while doing my best to “rank on the first page of google”.

Ethical Frenchie was born from this idea of decentralizing the kennel, so that Frenchie dams are born and raised as family members, receive top veterinary care and nutrition and not live their life caged  like the cows you see on Netflix documentaries.  I think i’m doing a good job thus far.

Every French Bulldog breeder knows that extra socialization with the dam is beneficial. For that reason we don't let the puppies leave for their homes until they are between 10-12 weeks of age. By the time we let the puppy go he/she will have 2 sets of shots, be dewormed and microchipped.